Naples is of the most impressive art cities in the Mediterranean. It is the capital of the Campania region and ranks third for being the largest Italian municipality, after Rome and Milan.

The city dominates the gulf that carries the same name, that goes from the Sorrentine peninsula to the volcanic area of Campi Flegrei and offers a suggestive view of the impressive volcano Vesuvius that caused the destruction of the Parthenopean cities such as Pompeii, which was brought back to life thanks to the archaeological excavations which have allowed us to see the ruins of the old city that was buried under ashes and lapilli in the explosion of 79 A.D. 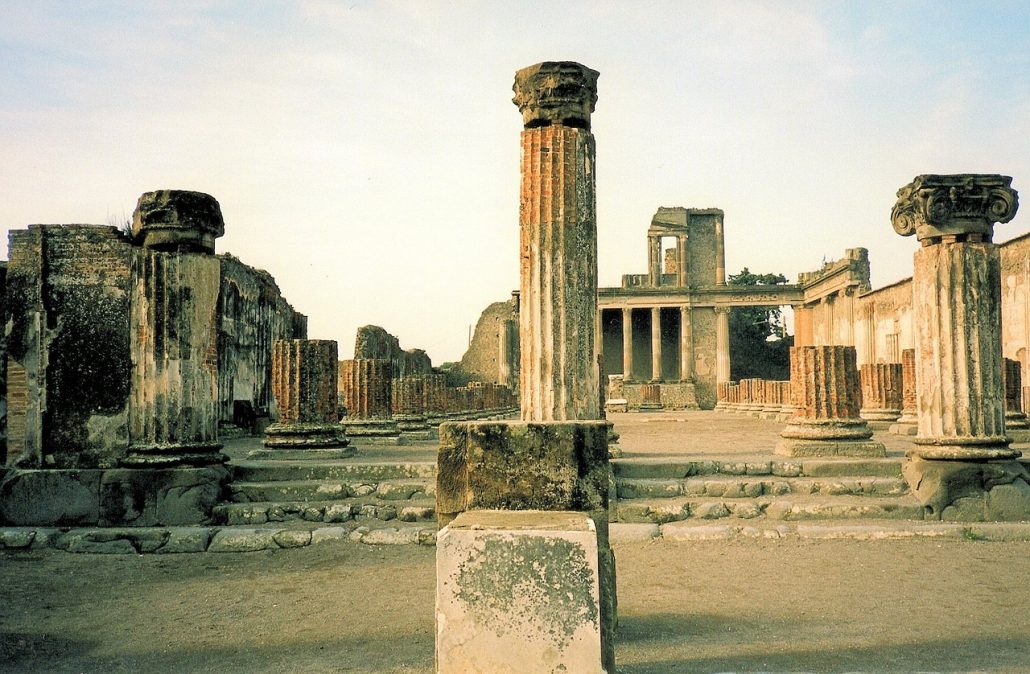 The excavations of Pompeii are a great testimony of the life style of the time, that now seems to be peacefully asleep under volcanic dust.

The most heart breaking experience is definitely found in the Orto dei fuggiaschi where the bodies of 13 victims were founds. These were all trying to escape but were hit by lava and lapilli.

Pompeii also shows us what remains of the Amphitheatre, the most ancient marble construction to ever be discovered.

You must also visit the Forum, the real heart of the city that used to be the economic, political and religious centre were all public debates and religious expressions used to take place.

To sum it up, Pompeii is full of hidden things to see, and we therefore suggest you wear comfortable shoes, bring water, a camera to take pictures and lots of energy to fully enjoy it and discover the archaeological excavations of Pompeii.

• Our driver will be directly to your hotel, or at the address indicated by you, with the car you have booked.

• Our rates DO NOT INCLUDE private guide, entrance fees and meals, unless it is specified in your booking.

• It is recommended to wear comfortable shoes.